As both an artist and as a teacher, Charles Hawthorne was single-handedly responsible for putting Provincetown on the map as not only one of the original American art colonies but also as a destination for world-class learning institutions.

Unless a man has something to say, what is the good of his painting?

Shortly after his 1872 birth in Lodi, Chicago, his misplaced New England Puritan father packed up the family and resettled on the outskirts of Portland, Maine, in the seacoast town of Richmond. Here Charles fell in love with the ocean and the people whose livelyhoods depended upon it. He became equally passionate about painting and music and was encouraged to pursue the life of an artist. For the rest of his life, he would speak of how Beethoven combined various tones to create his greatest symphonies and how the combinatination of the tones of color created masterpieces on canvas. He was an avid concertgoer who learned cornet as a teen and would later become an accomplished celloist.

Hawthorne headed for the Big Apple as soon as was able. He was tall, thick-necked and barrel-chested and used his strength to earn a living during the day but after the sun went down he studied at New York's Art Students League. In the summer of 1896, he discovered the Shinnecock Hills Summer School of Art in nearby Long Island where he became the protégé of teacher/artist William Merritt Chase. That same summer he met Ethel Marion Campbell, a fellow student whom he would later marry. Ethel was a great artist in her own right. 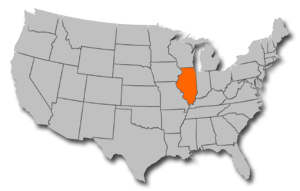 Charles worked his way up the ladder over the next couple of seasons to become Chase's personal assistant. While in Holland with Ethel in 1898, Hawthorne learned, much to his dismay, that Shinnecock Hills would be sold. The following summer he took everything he had learned from his master and ventured out on his own to establish The Cape Cod School of Art in Provincetown. For the next thirty summers, artists arrived in Provincetown, from all over the world to study under Hawthorne. Among the list of sudents who passed through his classes was a young Norman Rockwell whose stay was marred by mosquitoes and living arrangements that were below his standards.

Just like William Chase, his classes were taught in the great outdoors with students weilding pallet knives and brushes. These classes produced the now highly collectable Mudheads which were portraits with no facial features that forced students to focus first and foremost on body form. It is also said that they came to be because it was so hard to focus on fine details such as noses and eyes beneath Cape Cod's merciless summer sun.

It was during a 1906 trip to Italy that Hawthorne had the most amazing revelation. He was totally blown away when he saw the work of the great Renaissance painter Titian whose use of color was unlike anything he had ever seen before and where a new generation of upstart Modern artists found contempt, Hawthorne found inspiration. From this moment forward Hawthorne consciously set out to take a Renaissance-like approach to capture the Average Joe on canvas. He began using Provincetown locals as models as he set out to channel the noble spirit of the fisher people rather than the old school nobility who paid the old Italian masters to be immortalized.


Upon return from Europe, Hawthorne built a barn like structure on one on Provincetown's highest points that overlooked the harbor which would serve as his headquarters and as his studio. He and Edith would spend winters in Paris, France during the years leading up to World War I. He would later establish off-season residency in New York's Greenwich Village.

He was a founding member of the Provincetown Art Association (PAAM) when it was established in 1914 and at also helped create The Beachcombers, one of Provincetown's first exclusive men only clubs. In the last couple of years of his life he began experimenting with watercolors.

Today, a Hawthorne original can fetch tens of thousands of dollars. The most sought after of Hawthorne's work is the slasher series. These are the canvases that Edith took a sharp object to when she figured out that Charles was banging the sitting model featured in many of his finest nudes.

His Provincetown barn is now found on the National Register of Historical Places. It is privately owned but is the host of the annual Twenty Summers Series.