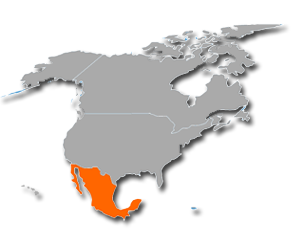 This Mexican painter and wife of muralist Diego Rivera was a cult favorite before being portrayed by Salma Hayek in the 2002 biopic, Frida. She made the unibrow an object of envy.

Her legend lingered on for years before her posthumous rise and today she a symbol of strength and independence in female form. Her sexual magnetism attracted many suitors - both men and women. Her conquests were an enviable spectrum that included the great entertainer Josephine Baker and the color photo pioneer Nickolas Muray. Being that she and Diego were both devout communists, she also spent quality time with Leon Trotsky during his last years in Mexico prior to his fate with the icepick. Kahlo had a most interesting genetic make-up as the daughter of a German father and a Mexican mother. Her childhood years spent during the early days of the Mexican Revolution were marred by polio. At the age of 19, her body was disfigured in a devastating bus accident. During her months of recovery, she turned to painting to pass the time and in turn began using herself as the primarity subject matter of her art.

The great Mexican muralist Diego Rivera would soon become become an inspiration and mentor as her confidence grew; she fused Mexican folk art, festive tones, heavy symbolism and surrealism. She would foresake the surrealist label but much of her work screams elements of a Dali digression. There is something surreal about a monkey sitting in a hole in someone's forehead.

By the end of the thirties she exhibited in New York with the famous Julien Levy Gallery and and was then off to Paris where a French curator acquired one of her pieces making her the first Mexican artist in the Louvre.

The 1950s marked the return of her history of health problems and the wheels came off the cart with the amputation of one of her legs. Only days after attending a protest against the CIA's invasion of Guatemala, she succumbed in a morphine bliss.