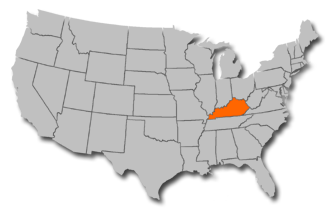 Louisville, Kentucky is best known for whiskey, baseball bats and drag queens but it is also the hometown of the groundbreaking sculptress Enid Yanell.

It was while studying in Chicago that the most interesting chapter of her career unfolded when a group of women sculptors dubbed the white rabbits were called upon to save the day when it became apparent that the production of the 1893 World's Columbian Exposition had fallen helplessly behind schedule. This celebration of the 400th anniversary of Christopher Columbus' arrival in America consisted of the creation of an entire replica of a modern city replete with a European-style salute to the arts. She worked 12 hour days beginning in 1891 under the guidance of the Art Institute of Chicago's Lorado Taft who realized that there was no way in hell that White City would be ready for its May 1, 1893 grand opening to the public. It is a tribute to Taft to entrust his success on the shoulder's of these women who were never expected to pull off this Herculean feat. He couldn't have picked a better team.

She soon departed to study in Europe as part of the great American artist ritual of studying abroad and it was there she worked with the great father of modern sculpting, Auguste Rodin. She returned to Paris often where she established a studio and where she began exhibiting at the Paris Salon.

She established the Branstock School in 1908 in Edgartown on Martha's Vineyard when artist Thomas Hart Benton was also establishing his own school on the Cape Cod island.

She remained in Paris during WWI when many fled and took an active role in Red Cross while she also worked tirelessly to raise money for the families of artists devastated by the war.

Yandell spent a lifetime deflecting criticism for following her dreams instead of leading a life that society envisioned for her. Her mother first expressed concern over her path after seeing that much of her work steered toward the study of the human body in all of its glory as she focused primarily on works created to honor Greek gods and goddesses. She spend her entire career under fire as a working woman in a man's field as she was taken to task publicly for her work by everyone from Ulysses S Grant's widow Julia to an uncle who expressed his dismay that she recieved wages for her work.

She is best remembered for her homage to Daniel Boone which is as iconic in Kentucky as Daniel Chester French's Minuteman is to Massachusetts.

Her time spent during that Chicago World's Fair is documented in the semi-autobiographical, Three Girls In A Flat.