"Oliver Chaffee was a Modern before Modernism was popular." - Provincetown artist, Ross Moffett

Oliver Chaffee is certainly not a household name but his résumé would suggest otherwise - he was always just a bit ahead of the curve. His legacy almost fell through the cracks when years after his death, an eagle-eyed historian stumbled across a treasure trove of his work in a Michigan antique store marked at pennies on the dollar.

"Oliver N. Chaffee, a former Henri pupil and a man very aware of the changes taking place in the attitudes among artists toward things not as yet established." - Edwin Dickinson - Seckler Interview - 1962

Oliver Chaffee was born into privilege as the grandson of a Midwest land grabber. He kicked off his run as a lifetime student of the arts at his hometown Fine Arts Academy in Detroit, Michigan. He would also learn under the artful guidance of American art teachers, William Merritt Chase and Robert Henri. A fellow student's name in one classroom was Charles Hawthorne.

Oliver made his first trip to Provincetown to join Hawthorne at Charles' Cape Cod School of Art for the summer of 1904.

Lines were being drawn in the sand in the battle between Traditionalist and Modernists - the former branded for the inflexibily and high brow opinions. Chaffee was open-minded and adaptable to the changing tides. It was New York winters and Provincetown summers seasoned with the occasional trip to Paris where he was exposed to Matisse and his experimental Fauvism (Les Fauves, the wild beasts) methodology - simple, untethered abstract brush stokes in vibrant palettes in defiance of the art world’s palatable Impressionistic past.

His innovation landed him an invitation to show at the revolutionary 1913 Armory Show where he unveiled a collection of three fauvist inspired homages to the pine tree as a wink toward the show’s co-opted logo, a Revolutionary War era Massachusetts flag emblem.

His co-conspirators included the artists William and Marquerite Zorach, Abraham Walkowitz, E. Ambrose Webster, and Max Weber, who would each become tied to the lore of Provincetown. 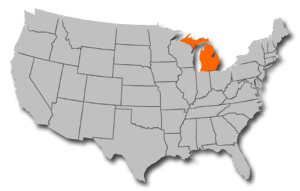 He spent the nineteen-twenties with the artist, Ada Gilmore, who shared a similar trajectory as Oliver - studying with Robert Henri, migrating east to help found the Provincetown Printers, and then make her way to Vence, France where the two decided to wed.

The two summered in the thirties splitting their time between Owl’s Head, Maine and Provincetown and wintered in Ormond Beach, Florida. Chaffee died died in Asheville, North Carolina in 1944.

Five years after his death, a retrospect of his work was hanged at the Forum 49 conference explained as, "the roots of visual abstract work that had its beginnings in Provincetown not long after World War I."