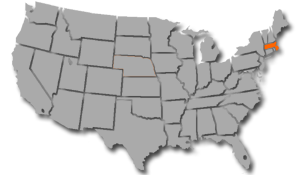 This was the bio that accompanied Asa’s promo kit for years. Written by Bill Flanagan, Executive Editor, Musician Magazine. It perfectly captures Asa Brebner at 30.

Most rock fans know Asa Brebner’s name, but have a hard time agreeing who he is. Some popular assumptions include: One of the important figures in the birth of punk/ Jonathan Richman’s tough big brother./ folk-rock lead guitarist with Robin Lane. In Boston everybody claims friendship with Asa, and ythe truth is he has helped out more unlikely bands, played on more sessions, and done more musical charity work than any normal man. All of which is good for the soul but fogs up the image.

Here’s some more truth: Brebner grew up in Boston, the only child of two writers. He attended progressive high school and learned guitar from listening to R&B, Rolling Stones, and oddball blues records. Aftergraduation he and a friend hitchhiked through Central and South America. As he approached the bottom of the world, Asa got separated from his pal and picked up by local cops, who charged him with being an American drug smuggler. Following a quick trial in a banana republic, Asa was sentenced to twenty years in prison. He was 17 years old.

After a year of suffering dysentery, learning Spanish, and reading Kazantzakis, Asa escaped prison and made his way to the American embassy. The U.S. diplomats smuggled him home.

Back in Boston in 1974 Asa started the Mezz, a stripped down rock ‘n’ roll band. They convinced the owner of a Kenmore Square bar called the Rathskeller to let them play. Thus began the Years of the Rat, the dingy club that became a center for what was later dubbed punk rock. During the reign of the Mezz (and it’s two spin-offs – Nervous Eaters and the Chartbusters) the Rat would become the birthplace of the Cars, Human Sexual Response, and lots of other Boston favorites, as well as a pit stop for the Ramones, Talking Heads, the Police, and countless others on the same narrow road.

But by the time Punk Rock became an international cause celebre in 1976, Asa was already off to his next adventure. He had a day job running a Cambridge health food store frequented by Jonathan Richman. When Richman’s first Modern Lovers album – recorded a few years earlier – was finally released in ‘76, Jonathan found himself in demand. He convinced Asa to join the hastily re-formed Modern Lovers, just in time for their first tour of Europe. A few days later after his Rat gig, Asa was playing in European concert halls to fans from Sid Vicious to Mick Jagger.

Although Asa continued to tour and record with the Modern Lovers , he spent his time-off at the Rat. In 1978 Robin Lane showed up, new in Boston and amazed by this punk scene. Asa and fellow Mezz/Modern Lover Lery Radcliffe put together a band for the newcomer. Over the next two years Robin Lane & the Chartbusters became a hotter property than the Modern Lovers. (After the Chartbusters were signed to warners, Asa continued to play on Richman’s albums, and Jonathan toured solo.)

Robin and the Chartbusters recorded two LPs and a live EP in 1980-81. They also toured America several times, leaving the whole band exhausted and unhappy. They earned critical raves, sold well enough to crack the Billboard LP charts (hovering around the 80s), and were early faves on MTV. But the Chartbusters were doomed by circumstance. In the summer of ‘81 Robin left the group to return to California and have a baby.

Warners immediately paid for Asa and the band’s rhythm section to go into the studio with David Knopfler, who had just left his brother Mark’s Dire Straits. After several months of recording, Knopfler decided he wanted his new group based in London: Asa figured he would rather stay in the U.S. and fron the band himself. (Knopfler returned to the Old World and a record deal based on the American sessions.

But Asa wasn’t so sure he was ready. At 26 he was already a vet and needed a chance to get off the rock treadmill. He divided his time between songwriting and outside projects (his cartoons appeared in High Times and other magazines). At the end of 1982 the former Chartbusters agreed to reunite with Robin Lane for one album and tour.

For the next two years Asa worked as a guitar player. He did several club tours with Lane, and reunited the Modern Lovers with Richman to play Europe, the U.K., the States and Australia. He continued to write his own songs, rehearse them with pick-up bands when he was in Boston. In early ‘86 Brebner passed on another British tour with Richman and assembled a band to play his own material. He called his new group “Idle Hands.” They went into a little eight track studio and recorded a demo tape.

Now Asa’s thirty and he’s going to be a big star. He says he’s a late bloomer. Those of us who’ve followed his career say it’s inevitable.